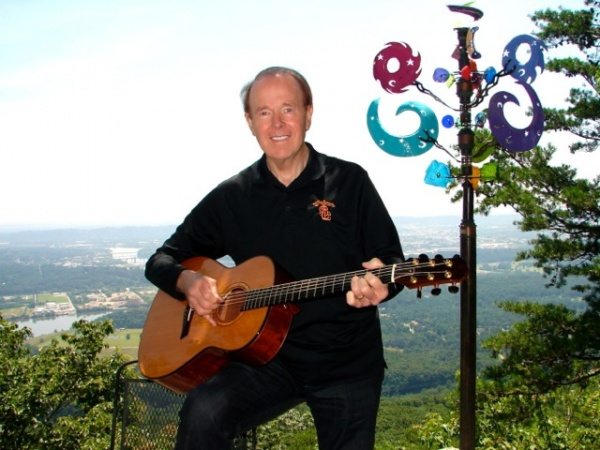 Jerre Haskew is a native of Chattanooga, TN and a graduate of The Baylor School and the University of Tennessee (BS in Finance & Economics). He also holds a master’s certificate from the University of Colorado in international trade and finance.

As a young man in the 1960’s, Jerre was on the verge of seeing his lifelong dream come true.  The Cumberland Trio was on the crest of stardom.  In 1964, they turned down RCA to sign a record contract with an up and coming record label, RIC, and recorded their first album in New York City.  As his dream was just within reach, it slipped away.  Haskew learned business lesson number one- two percent of something is better than ten percent of nothing.

Over the ensuing forty plus years, he established a successful international banking and entrepreneurial career.  In 1965 he joined the international department of First National Bank of Memphis  where he established an impressive track record.  Jerre’s record caught Commerce Union Bank of Nashville’s eye, and in 1970, they asked him to found and manage their international division.  From 1970-1977 Jerre made his mark in the banking arena, as Commerce Union Bank’s international division processed over three billion dollars of export paper annually and developed successful business relationships with banks and companies in over 50 nations in all corners of the globe.

He was then promoted to the bank’s holding company, where he was put in control of bank acquisitions, long range planning and human resources.  In 1980 Jerre was named  president of Commerce Union Bank of Chattanooga, an office he held for the next six years.  Despite his great success in the banking arena, Jerre always felt that he was “an entrepreneur within a system.”  In 1986 he parted ways with Commerce Union Bank and the banking industry as a whole.  Out of the system, Haskew was able to use his innovation and creativity to build a successful new venture capital and consulting business of his own, The Haskew Company, raising equity, managing debt capital for and operating small businesses. One of his acquisitions was Guild Guitar Corporation of Westerly, RI where Jerre served as president and CEO and obtained the unpaid endorsements of many star performers including Eric Clapton and Johnny Cash because of the quality of Guild guitars built under his supervision. He was named NAMM Music Industry Executive of the Year in 1988 by Music Magazine for his leadership and innovation in the guitar industry.

A lifelong sports fanatic,  Jerre became the first person in the USA to lease time from a radio station, and in 1990 he founded Sport Talk, with him and his brother as the hosts. A pioneer in the talk radio arena, Haskew arranged for Sport Talk to become the first sports talk show broadcast on the internet. He quickly grew an internet listening empire- drawing over 300,000 hits a day, as well as the largest ever single-day Internet audience for a talk radio show, with 3,000,000 hits in one day from 29 states and four foreign countries. The show won many awards including AP’s Sports Talk Show of the Year in Tennessee a record four times. In 2000 Jerre sold the show to the radio station group in order to pursue his lifelong dream of reuniting The Cumberland Trio and exposing it’s music around the world as well as the music of the Haskew family.

Jerre’s message to entrepreneurs is that we must always believe in our dreams and ourselves even when those closest to us sometimes don’t. We also must find our “lions,” our own creative ways to make our dreams come true. He believed in himself and his dreams, and fifty years later, the dreams have come true.

Jerre has been married for 50 years to his lifelong sweetheart and partner Barbara Short Haskew. They have two grown daughters, Bonnie Haskew McMullen and Holly Haskew Tambling and four grandchildren.