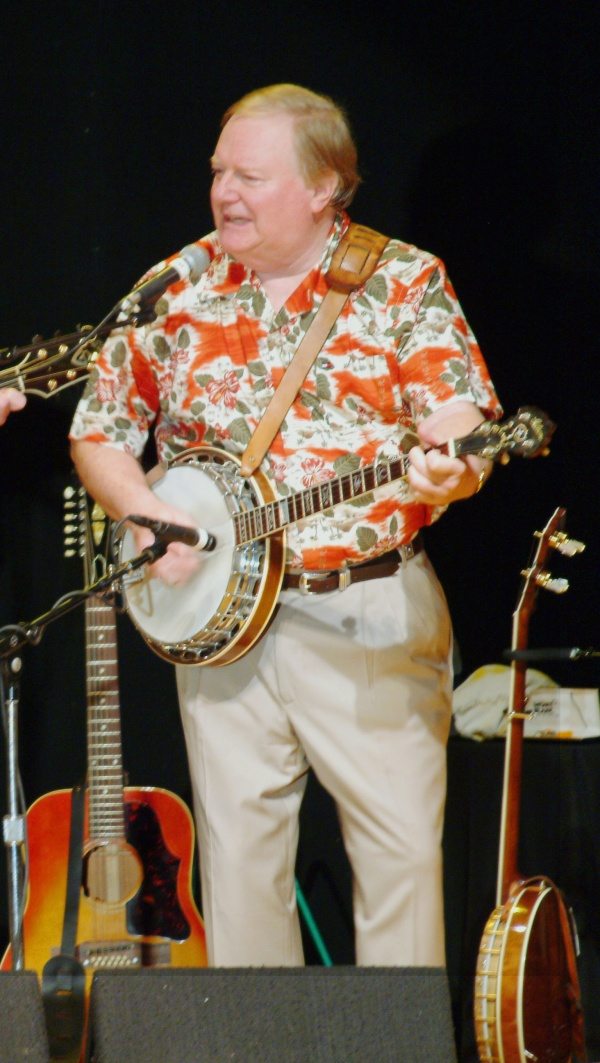 Andy Garverick is a native of Arlington, VA and a graduate of Mt Vernon High School and The University of Tennessee (BS & MBA) where he was a founding member of The Cumberland Trio. After graduation he served in the US Marine Corps and embarked on a stellar career in commercial and international banking with C & S Bank Atlanta, GA/New York, NY, Commerce Union Bank Nashville, TN and Algemene Bank of the Netherlands of Atlanta, GA. He later founded Albemarle & Associates, a financial consulting and development firm in Charlotte, NC and Atlanta. Andy passed away in Atlanta in the midst of his family in September, 2013 after a long and courageous battle against cancer.

As a founding member of The Cumberland Trio at The University of Tennessee he played banjo and lead guitar as well as singing solo verses and baritone harmonies. He was self-taught on the five string banjo slowing down 33 1/3 LPs to 16 2/3 to capture and master the intricate techniques. He was without peer on the banjo during the Folk Era of the early 1960’s when the Trio won the National Collegiate Folk Festival, appeared on ABC-TV’s Hootenanny, recorded at RCA Nashville and at Gotham Studios in New York and played concerts throughout the Southeastern US including one with the Knoxville Symphony & Choral Society. His brilliant four style banjo playing- Scruggs style, chromatic, frailing and strumming- drove the Trio’s sound and if there was a star in the group it was Andy. He was a vocal harmony genius, seamlessly singing above and below the melody during the same song.

Andy and Jerre Haskew worked together in international banking in Nashville during the 1970’s. Tom Kilpatrick and Andy rekindled their long friendship when Andy moved back to Atlanta to run Algemene Bank’s Southeastern US operations in the late 1970’s. When the Trio had the opportunity to reunite for reunion concerts in 2001, Andy enthusiastically participated in putting the concerts together. His banjo playing was still at the top of his game. He will be sorely missed but his music legacy will live forever. Andy’s was married for over 40 years to his beloved wife, Jina Garverick, with two grown and successful children Drew Garverick and Suzanne Garverick Coleman and two grandchildren.

He left an incredible music legacy and friendship that will live forever. Here’s to you, our Ramblin’ Boy!!